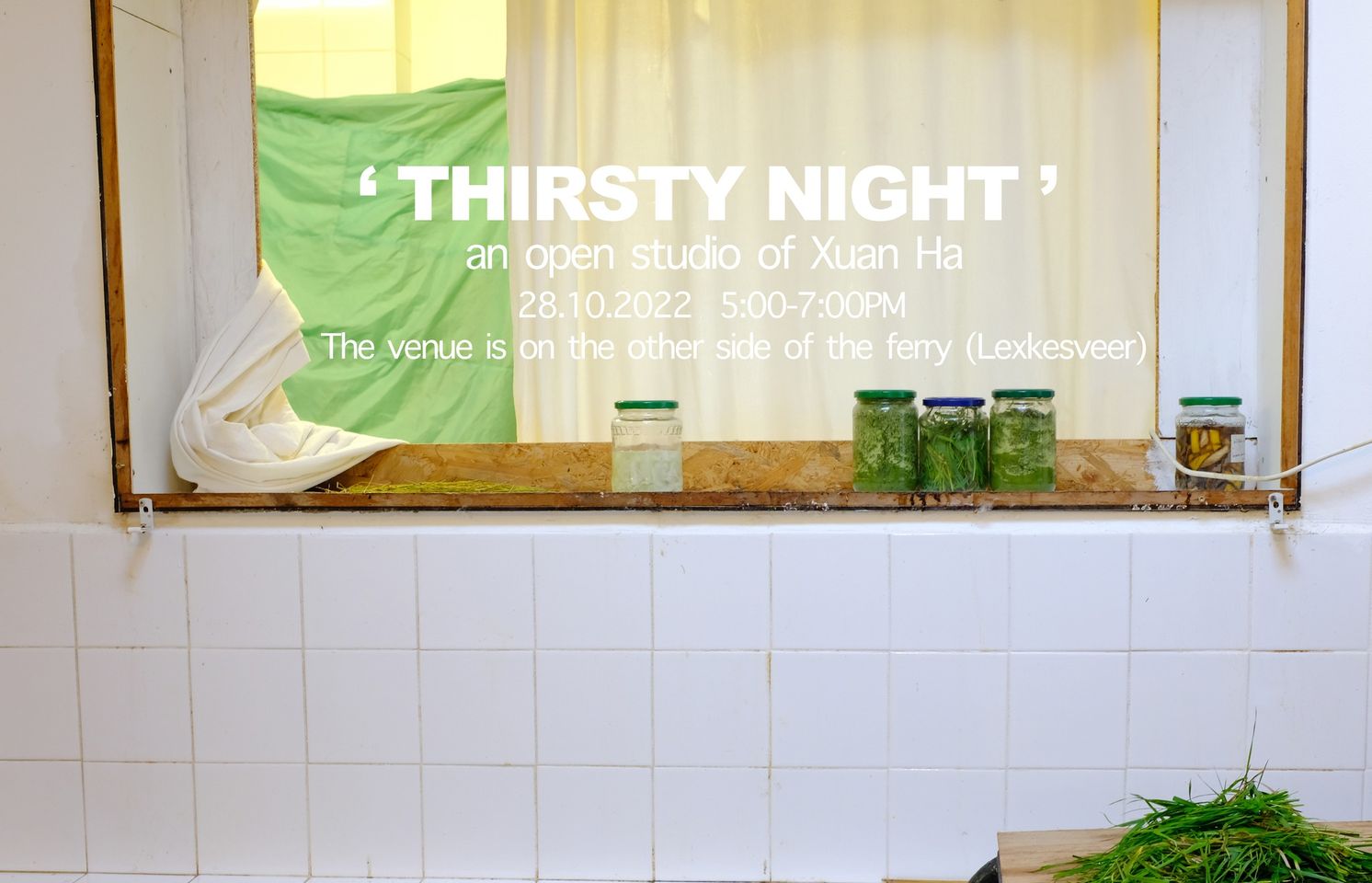 INFORMATION:
•Opening: Friday 28/10/2022, 17:00-19:00
•Venue: Directly on the other side of The Lexkesveer Ferry, Wageningen
•We will be serving a variety of drinks and Vietnamese finger foods.

We are pleased to announce the open studio by artist Xuan Ha (1993, Vietnam) of the Air Magirus mobile residency program.
The experience of living and working on a truck of Air Magirus, Xuan Ha holds a perplexed feeling thinking of exiled identities, reminds her of the shocking case of 39 Vietnamese immigrants found dead in a lorry trailer in South East London, which happened exactly three years ago (10/2019-10/2022). The truck during the residency is not only a living space but also acts as an imaginary slender line among the suspended state of life/death, migration/settlement, living/surviving for her. Xuan Ha exposes layers of her feeling by trying to cover the truck with nearly 700 sheets of paper made from grass, waterweeds, and waste paper. The mixture of grass and waste paper (from toilet paper, tissue to newspaper, packaging) collected from everyday life was shredded, and then soaked until it becomes mushy, as a rotting body dissolving into the surface of the earth. The maneuvers are repeated between the debris of elimination and vitals, until the truck appears as an aged grave.

Xuan Ha assigns a number from one to thirty-nine for each sheet of paper. There is a game where players spot the spoken number and memorize the position of that number. Tiny numbers lurking in the overlapping fibers of grass and leaves on the paper, waiting to be found out. To be found out is difficult, if not hopeless – the hopelessness of seeking air inside that container, the hopelessness of a new life, the hopelessness of seeing their child dying and unable to do anything. Visitors can decide whether to bring it home and keep it as a memory or burn it just like the practice of cremation of Vietnamese people to memorize their loved one, so that in the end, the truck reincarnated, ready for its new journey.