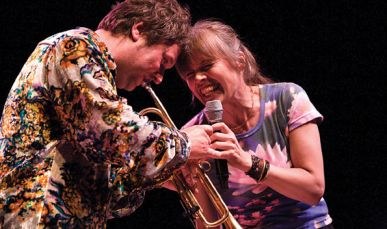 Part of the Jazz Impuls concerts (http://www.jazzimpuls.nl), Fay was joined on stage by jazz heavy-weights Eric Vloeimans on trumpet, and Jeroen van der Vliet on piano. The first half of the show featured the three of them, and the second part of the show featured a live performance by the band (or ensemble?) Gatecrash.

Eerdere 'Talk of the Town's